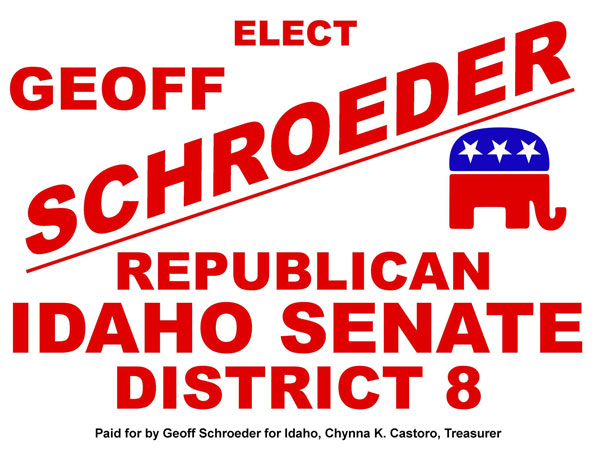 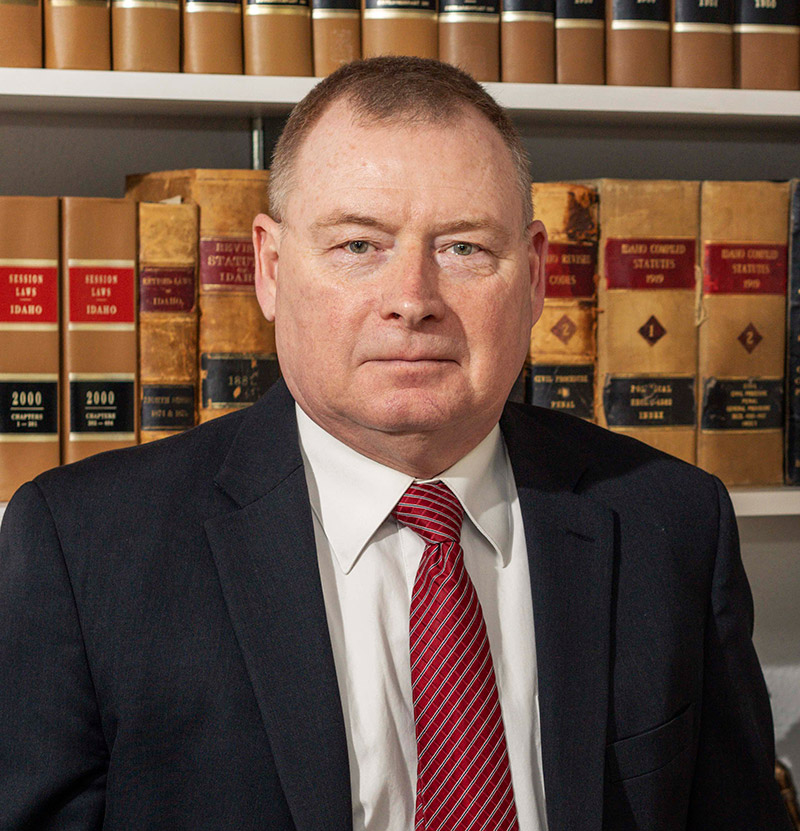 One major issue facing Idaho is the increasing push to adopt sweeping statewide legislation to address nonexistent, hypothetical, or purely local problems, problems best resolved at the local level by the parties with the most knowledge of the issue.

Too frequently, the “fix” is both unnecessary and creates consequences in the rest of the state far worse than the problem it purports to solve. As our preamble states, “We believe that the most effective, responsible, responsive government is government closest to the people, and the sovereignty of the state must be protected. That government is best that governs least.”

Creating new laws when there already exist laws to address problems, or creating laws to solve nonexistent problems is making government larger, not smaller. Our state government needs to take a step back and allow those governments closest to the people to do their jobs without needless new roadblocks.

I have the experience necessary to evaluate proposed legislation with a view toward the effects it could have, not just on the problem it purports to solve, but on those across the state faced with implementing and complying with it. I frequently encounter statutes that could use minor tweaking to make more clear how they are to be applied, and how courts have interpreted them, so local officials like police officers, city and county officials, and the general public have clearer guidance as they go about their day-to-day activities.

Our valuable and essential education system in Idaho is under attack, and it is the duty of the legislature to protect it from efforts to divert its constitutionally mandated resources elsewhere.

Education Is Part of Idaho Heritage

Article IX, Section One of Idaho’s Constitution states: “The stability of a republican form of government depending mainly upon the intelligence of the people, it shall be the duty of the legislature of Idaho, to establish and maintain a general, uniform and thorough system of public, free common schools.” An act “to establish a public school system and to provide for the maintenance, and supervision of public schools” was passed by Idaho’s territorial Legislature in 1875- fifteen years before Idaho became a state. Idaho’s commitment to educating its citizens- a public good- predates statehood.

Investing In Our Future

Idaho has derived incalculable economic benefit from the wisdom of our founders in investing in a uniform and thorough system of public schools, including our institutions of higher learning that have pioneered research in agriculture, mining, forestry, engineering, and education. Those who deride and criticize our educators and our system of education do so from a position of ignorance, not experience or evidence.

Support For Our Agriculture & Local Economies

Forestry, Mining, and Agriculture are crucial to the economic stability of our community in District 8.

With growth comes increasing demand for water, which is critically scarce in some areas of District 8, reflected in declining aquifers. Balancing the needs of growing cities with the needs of agriculture and other beneficial uses requires skilled and careful monitoring and intervention where appropriate under the vast body of Idaho water law. I fully support aquifer recharge efforts.

I believe in balancing people’s rights to use the land productively without overreaching federal mandates. I support the state’s efforts to assume management roles that are given to it by the federal government. Idaho needs to fulfill its managerial role in an effective and responsible manner, and we must ensure that we have  we have allocated the resources to allow Idaho to continue to have primacy in environmental matters.

Find out if you’re registered, check your voter record, and more at VoteIdaho.gov

I grew up on a ranch 8 miles outside Kamiah, attended kindergarten through 12th grade there, graduating in 1984. I went on to the University of Idaho and there joined the Idaho Army National Guard in 1986. In 1987 I became a full time active duty guard member, and was transferred to Mountain Home in 1990, where I’ve lived ever since. I retired from the Guard in 2007 after serving in Iraq with the 116th Brigade in 2004-2005.

After retirement, I was elected to two terms to the Mountain Home city council, in 2007 and 2013. In 2012 I finished the degree I started in 1986, earning a bachelor’s degree in Philosophy from Boise State University. As part of my degree, I interned with a law firm serving local governments, assisting them with comprehensive plan rewrites, drafting ordinances, assisting with legal research, and testifying in legislative committees on issues affecting local government and schools. After graduation, I continued working for the firm in a consulting role. Finding the work rewarding and enjoyable, I decided to attend law school, and graduated from the University of Idaho College of Law in 2018 and was admitted to the bar that same year, and am now an associate attorney at the same firm, where I’ve worked for the past 10 years.

I currently serve as attorney for 16 cities and a countywide library district, located in 12 counties across 10 legislative districts. The cities I represent range in population from 14,000 to less than 100, in counties ranging from Idaho’s smallest to its fourth largest in population. Each day I deal with issues facing those cities, and how best to legally address those issues. I attend multiple city council meetings each month and I am continually impressed by the sense of duty and commitment these officials have in serving their citizens.

I am also a prosecutor or deputy prosecutor for 5 cities, prosecuting misdemeanor and infraction crimes. I’m in a courtroom nearly every week dealing with judges, defense attorneys, defendants, victims, police officers, and court staff.

Having lived a very rural lifestyle for the first 18 years of my life, and having lived in a city for the past 32 years, I have an ability to understand the needs of those who cherish a remote rural lifestyle as well as the requirements for orderly growth and use of land in the close quarters of a city.

Ready to Support
Schroeder For Idaho? 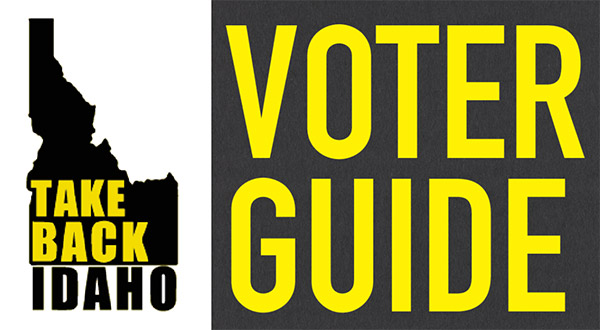 “Working together, we can bring back common-sense, responsible representative government to that Gem of all States.” Click here for the Take Back Idaho Voter Guide.